Welcome to Jesolo, The Christmas's City!

Welcome to Jesolo, The Christmas’s City!

Presented the program of events for the holidays. On Sunday, Nov. 27, the opening of the Christmas Village, on Saturday, Dec. 3, the Ice Nativity, and on Dec. 8, the curtain rises on Jesolo Sand Nativity. The old town becomes the heart of celebrations for 2023 with New Year’s Eve in the Square

Jesolo transforms into… Christmas Town. The city administration today presented the schedule of events that will enliven streets and squares during the upcoming holidays, starting Saturday, Nov. 26, through Sunday, Jan. 8, and beyond with the Jesolo Sand Nativity closing its doors to visitors only on the evening of Sunday, Feb. 5. “Jesolo City of Christmas” is the new format chosen by the administration to involve residents and guests through new ways of managing spaces but also attractions. An articulated and complex project to which, along with the name, was also given a shared image thanks to common graphics and brands dedicated to each major event, also presented during this morning’s event.

Officially inaugurating the City of Christmas will be the ribbon cutting of the Christmas Village, scheduled for Sunday, November 27, although the traditional little houses that make it up will be open to visitors as early as the previous Saturday. The Christmas route will run along Silvio Trentin Street, between Mazzini Square and Aurora Square to the intersection with Leon Battista Alberti Street, and will consist of 70 wooden cottages displaying gifts and food and wine, to which will be added refreshment stands that will, however, account for less than 40 percent of the spaces present. The two squares will serve as hubs of fun for the whole family, starting with Santa’s house, which this year has been set up in Aurora Square. This will, in fact, be a new focal point of the village with the animation entrusted to Daiana Orfei. 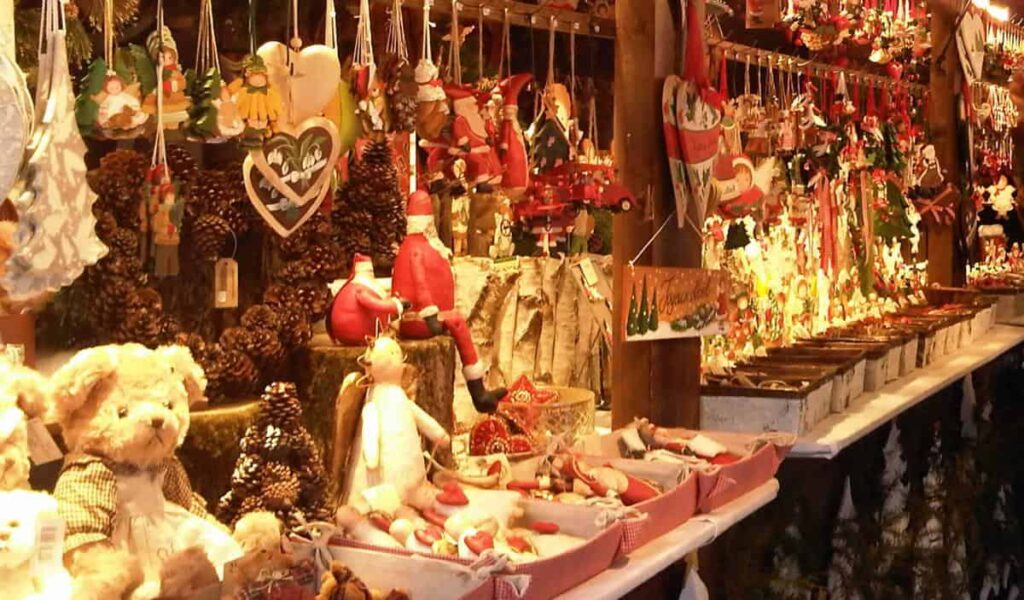 But Jesolo Lido will be graced by another important event that has become a tradition for the city: Jesolo Sand Nativity. This year the famous sand nativity is hosted in the new location behind Piazza Brescia, in a large marquee where the “Sculptures of Peace,” the title chosen for the works of this edition, are taking shape these days. The curtain on the Jesolo Sand Nativity will rise on Thursday, December 8, Immaculate Conception Day, in the presence of the Patriarch of Venice, Francesco Moraglia, and the Vicar Bishop of Kiev, Oleksandr Yazlovetskyi, to whom the Light of Peace of Bethlehem will be handed over. Welcoming visitors, who will have free access to the exhibition starting Friday, Dec. 9, will be “The Winged Lion of Vaia,” a wooden work created for the occasion by sculptor Marco Martalar: an imposing sculpture made from waste elements of spruce and beech scraps collected in the forests of the Dolomites, felled by storm Vaia in 2018. Greeting the Jesolo Sand Nativity, and thanking the artists who gave it concrete form, will be a concert scheduled for Feb. 4, at 9 p.m., at the Church of St. John the Baptist.

Space for art will also be made in Milan Square, where the works of master Sergio Dalla Mora will be on display. A series of skillfully modeled stones, each about 15 centimeters in size, will compose nativities that will be set in an enchanting context thanks to a specially designed setting that will unfold along the steps of the arena that characterizes the square.

In the historic center, then, the presence of another wonderful nativity is consolidated: that of the artists of the Accademia Italia Ghiaccio Artistico. The large shrine that houses the ephemeral sculptures of the nativity in Kennedy Square has been doubled and enclosed in a marquee, which can be visited from December 3 to January 8, where a camera will be installed to broadcast live the show created by the artists. 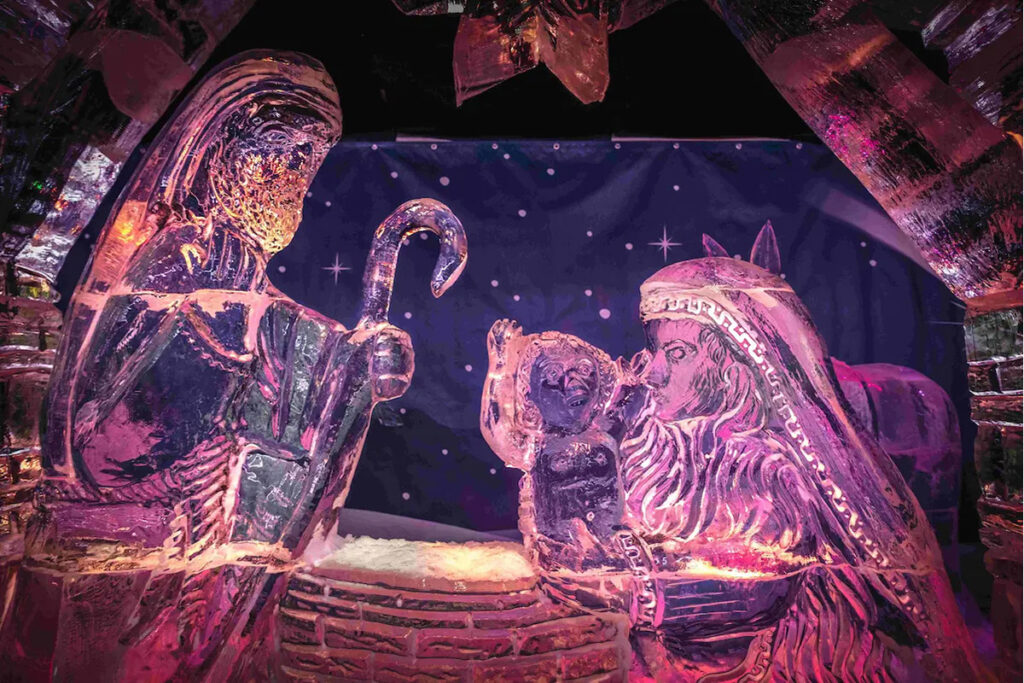 The City of Christmas will nourish not only the body but also the soul thanks to numerous cultural events. A busy music festival will be opened on Thursday, December 8, by the Kairos Vox choir, which, under the direction of Alberto Pelosin, will sing in the church in Trieste Square with the Mascioni organ. Among the most anticipated events are Antonella Ruggiero’s concert with the Naomis Musical Academy, conducted by Valter Sivilotti, on Dec. 26 at the Vivaldi Theater, and the New Year’s Eve concert with the Bazzini Consort Orchestra conducted by Aram Khacheh, also at the Vivaldi. Closing the festival, on Epiphany, will be a performance by the Veneto Metropolitan Choir, Orchestra Filarmonica Enrico Segattini under the direction of maestro Mauro Perissinotto and the collaboration of chorister Gianni Rossi, at the Church of St. John the Baptist.

Marking the transition between the old year and the new year will be the return of New Year’s Eve in the Square, with a concert that will enliven Kennedy Square between the evening of Dec. 31 and the early hours of Jan. 1. Right in the heart of Jesolo’s historic center, in fact, the administration wanted to establish the moment that marks the transition to 2023. It will be the DJs of Radio Bella & Monella, on the stage set up near Via Donizetti, from 10 p.m. to 2 a.m., who will make everyone dance with their music while at midnight the square will stop to welcome the new year with a fireworks display.

Finally, a few hours after the dawning of a new year, a group of intrepid people will brave the cold waters of the sea with “The New Year’s Plunge” organized by Just Friends Onlus, a moment that has become traditional in addition to the many others during which the association raises funds to be donated to charity for children and adolescents with rare genetic diseases and disabilities. Another moment of conviviality that returns after the forced stop imposed by health measures related to the pandemic in past years. Charity goal is also the one set by the Christmas Run, scheduled for December 18, which will animate the streets of the lido with participants (non-competitive race) dressed as Santa Claus.

Green light from the...